Kristofer has been a professional director for over 20 years, working in NYC theatre, off-Broadway, regional, tours, theme parks and many other professional productions.

Recently he has focused on developing new work through workshops, readings, and full productions including Underneath (NYC), Bad Actor (NYC), The Prop Master (NYC), Witchhazel (NYC),  For I am Nothing If Not Critical (Washington, D.C.), Our Struggle to be Illustrious (Washington, D.C.) Paginas Latinas (Orlando, FL) Orlando the Television Show... on stage! (Orlando, FL). 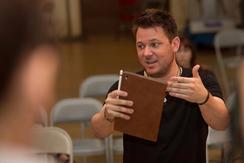 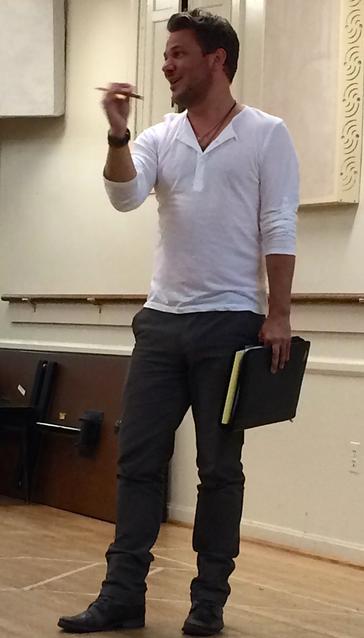 Kristofer believes in leading a truly collaborative effort, utilizing the strengths of everyone involved in each production.  Throughout his career, Kris has been dedicated to directing shows with an honest and natural approach, making productions accessible to new and seasoned audiences.  In the rehearsal process he allow actors to search for the reality in their characters and relationships, always staying within the shows overall vision.  It's about bridging the script to the audience, always staying true to the writers intent.

Originally from New Jersey, Kristofer Kauff began his career as an actor working on shows from Off-Broadway, Regional, Community Theater, Film and Television, as well as Walt Disney World and Universal Studios.   As a Director he has forged an extensive career over the last 20 years.  Kris's resourcefulness, patience, and passion for collaboration are the cornerstones of each production.

He is a proud associate member of SDC.